Spring break was two weeks ago, but, as happens every year, the slipstream of Autism Acceptance month is hard to escape -- whether speaking out on CBC radio against justifying the murders of autistic people like Leo, joining MomsRising.org autism tweetchats, talking with Yahoo! Tech and BabyCenter about autism, speaking out on KnowMore.tv about what I'd like people to know about Leo, guest blogging about autism and vaccines for my friend Sili, or co-producing TPGA's Autism Acceptance Month autistic interview series.

Those are the kinds of things that kept happening instead. But since I've been doing almost no journaling here, I do want to at least put up a quick photo record of a most excellent week. 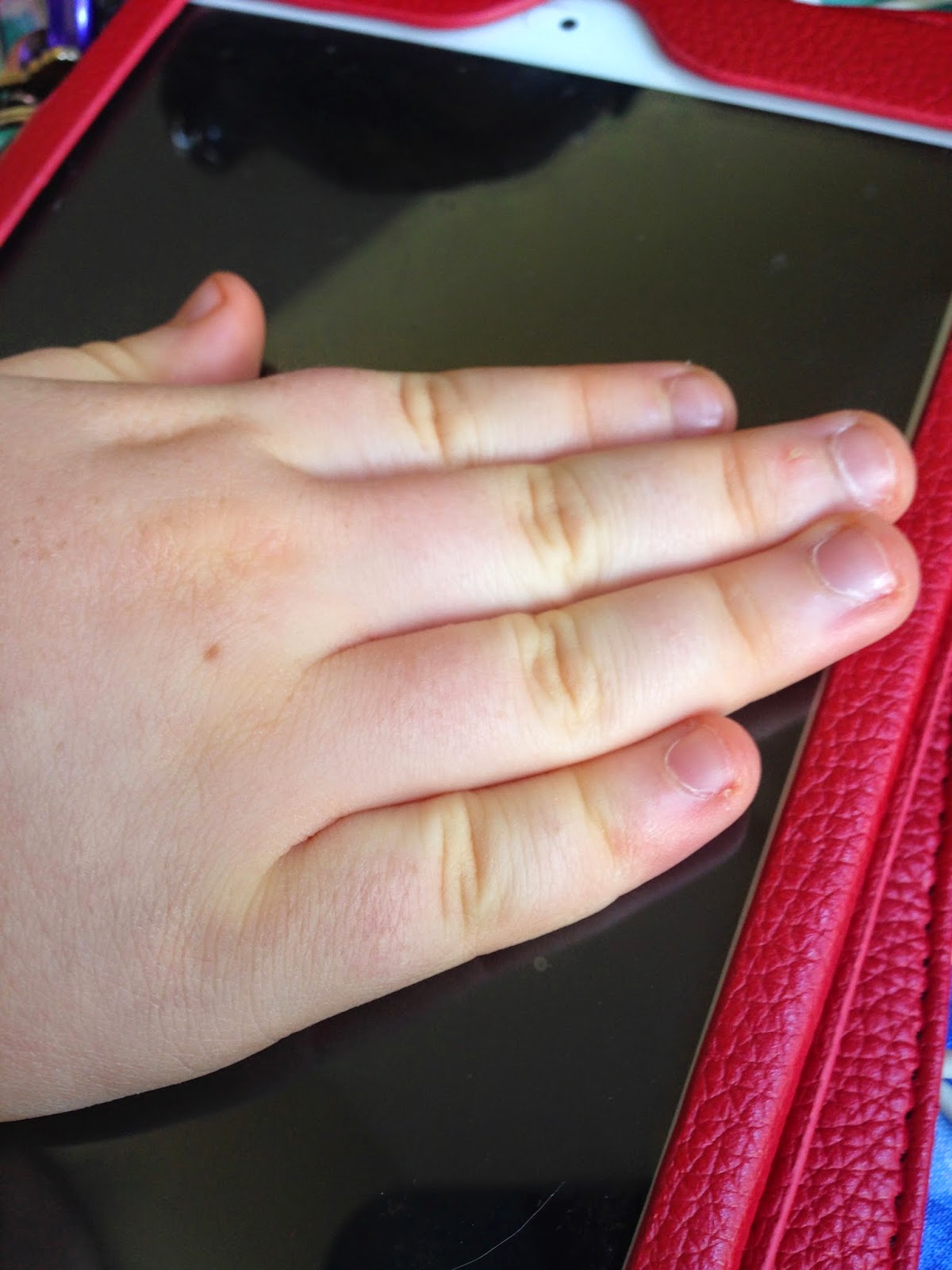 The week started out with Mali getting Carotenemia, which you can see in the orange creases of her knuckles. I told her to stop eating 10 tangerines per day but would she listen? It is a benign and purely cosmetic condition. She was not terribly bothered and informed me that "at least you know I'm not going to get scurvy." True. I also know that tangerine season just ended. Sorry, Toots. 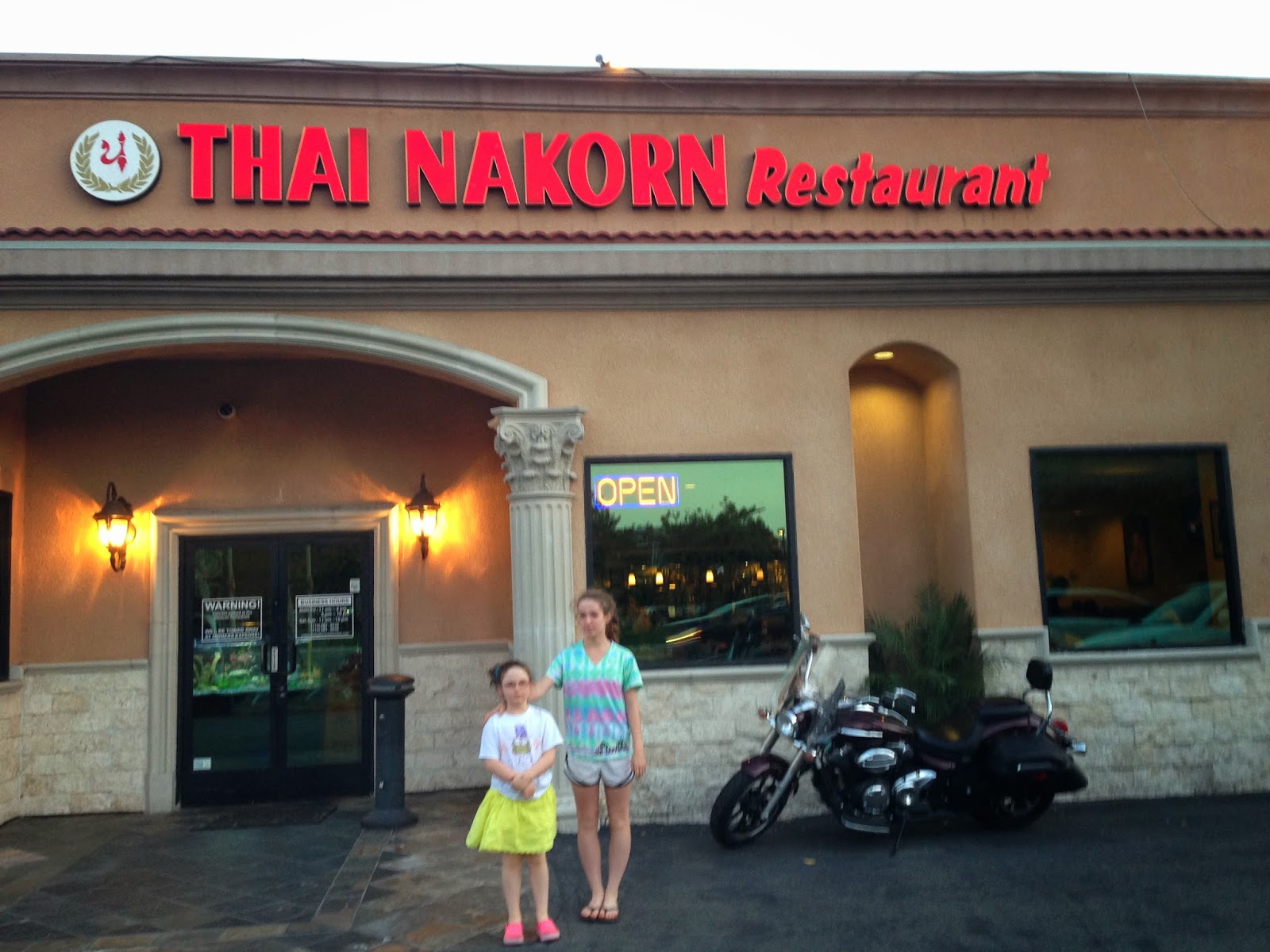 We also visited The Best Thai Restaurant in the World on our way down to San Diego. The manger has been working there since I was a teenager, and is still kind of confused about what happened to the baby I had when I was 20, whether that's Iz or not. Who is 15, but it was all a long time ago, so I generally just smile and surrender to the menu and have a beer. The curried clams are a favorite of Seymour's, I've preferred the garlic en choy (pak boong) for 25+ years. 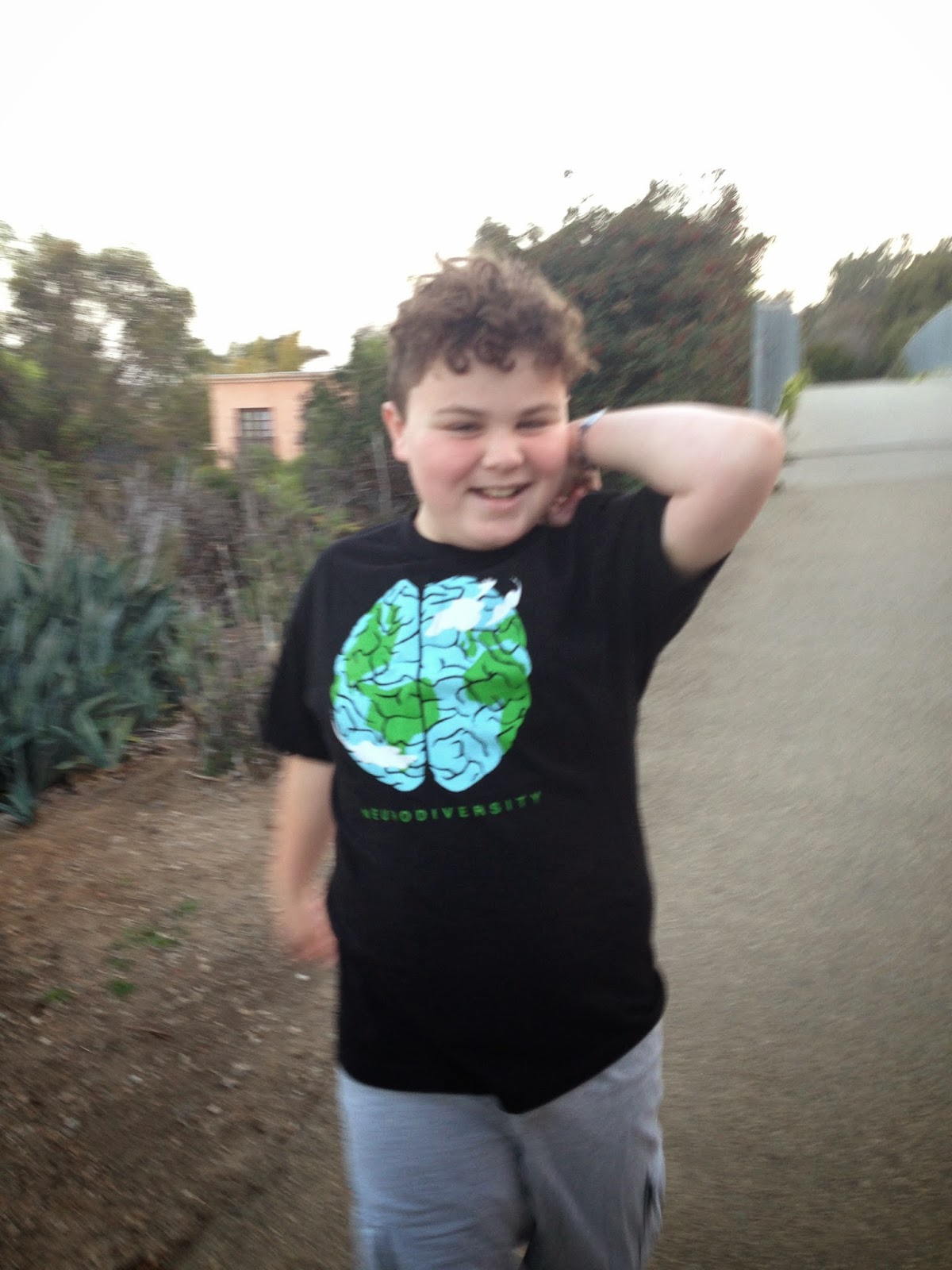 Every morning in San Diego starts with a long walk. To the best coffee and croissants place. Though now instead of being woken by Leo, we sometimes have to wake him. Which is fantastic. For everyone. This adolescence thing, it is not so bad. 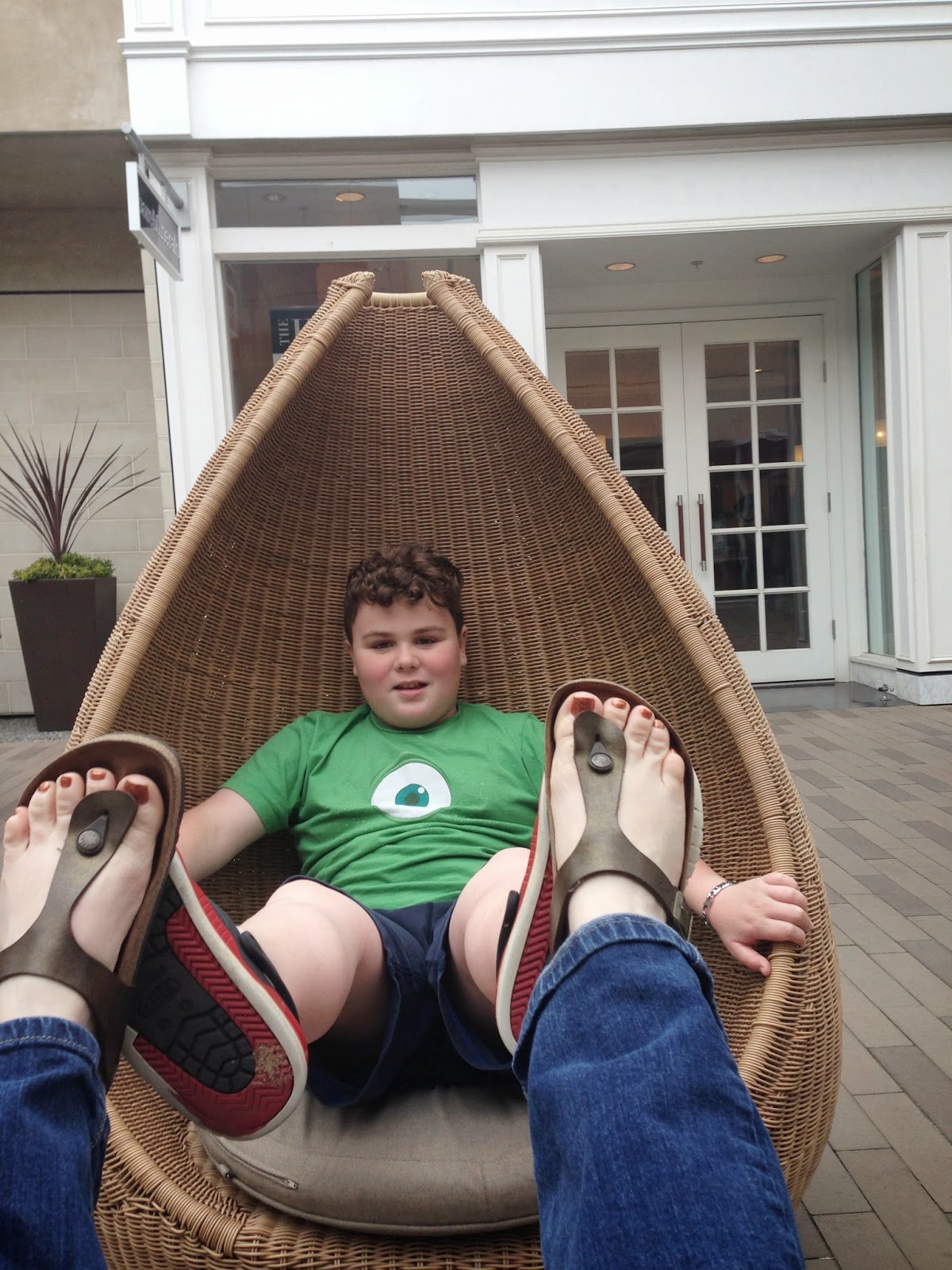 We ended up spending a significant amount of time at the mall. As half of us came down without our swim gear. We are not used to malls and figured they opened up at the same time as Target, roughly? But no. They open at the same time as restaurants open for lunch. So we waited and played footsie in these comforting cocoon chairs. 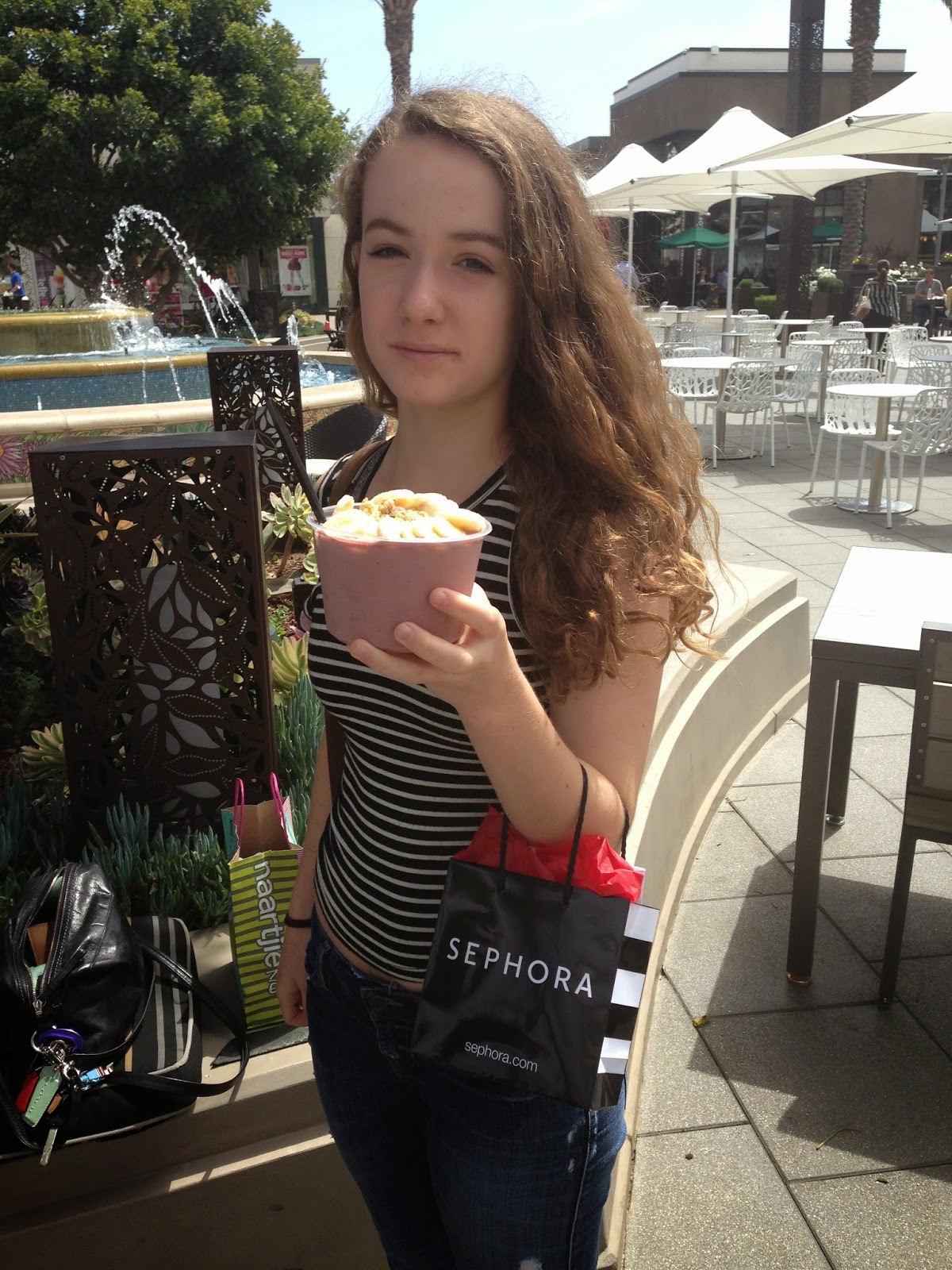 Iz required her own trip to the mall for her own bathing suit, because she is a more advanced teen than her brother and requires sleeping in even later, say, around the time school gets out for the day, ideally. She also requires acai yogurt bowls. 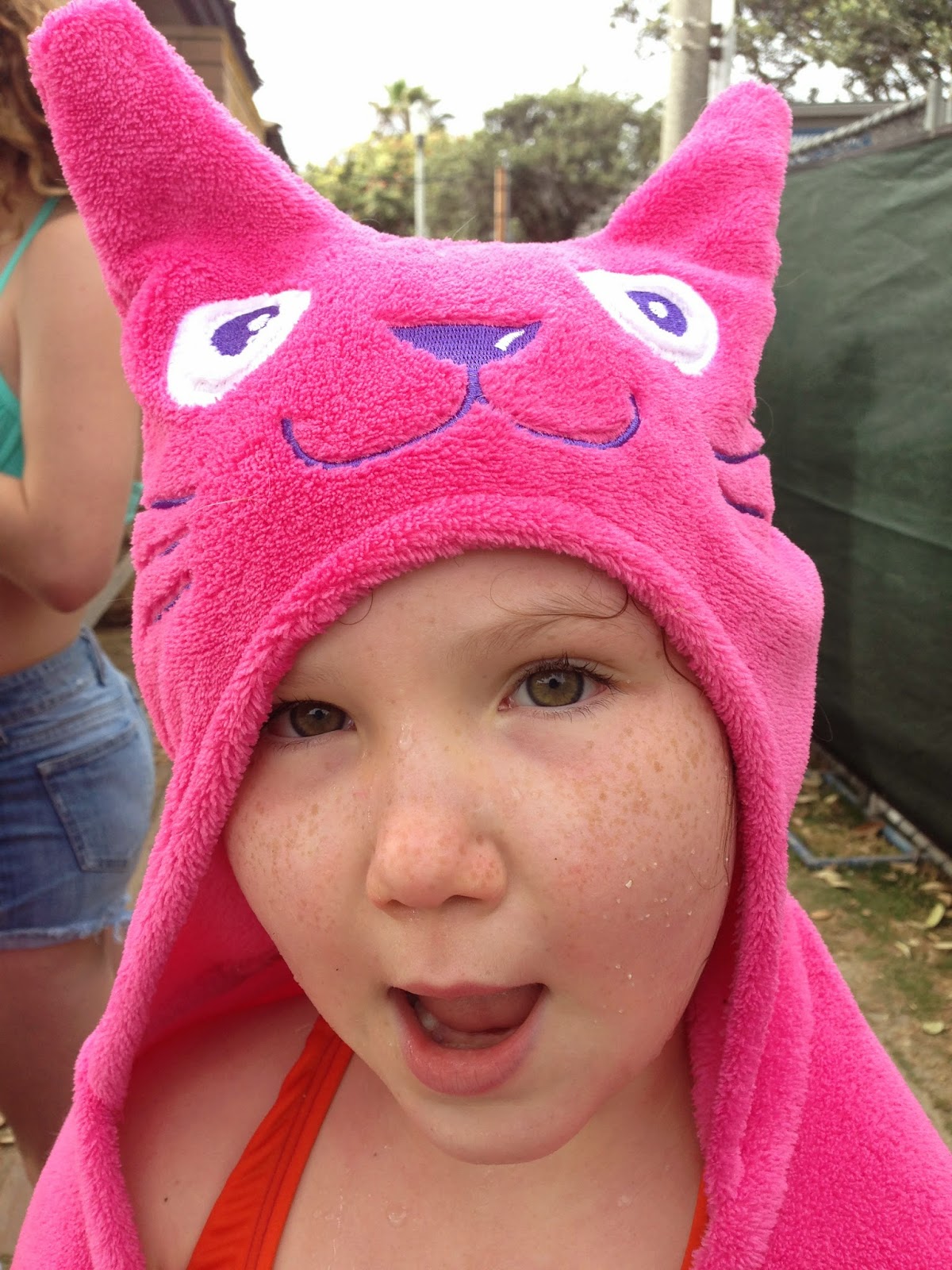 Mali is a newly minted Adventure Time fan. This is her beachgoing version of being Finn the Human.

Her beachgoing was quite impressive, really. She spent hours in really damn cold waves that Leo would only immerse himself in partially and for brief episodes, and for which Seymour required a wetsuit. I stayed on the beach on a towel and observed as I do not do cold water unless I am scuba diving in full gear. 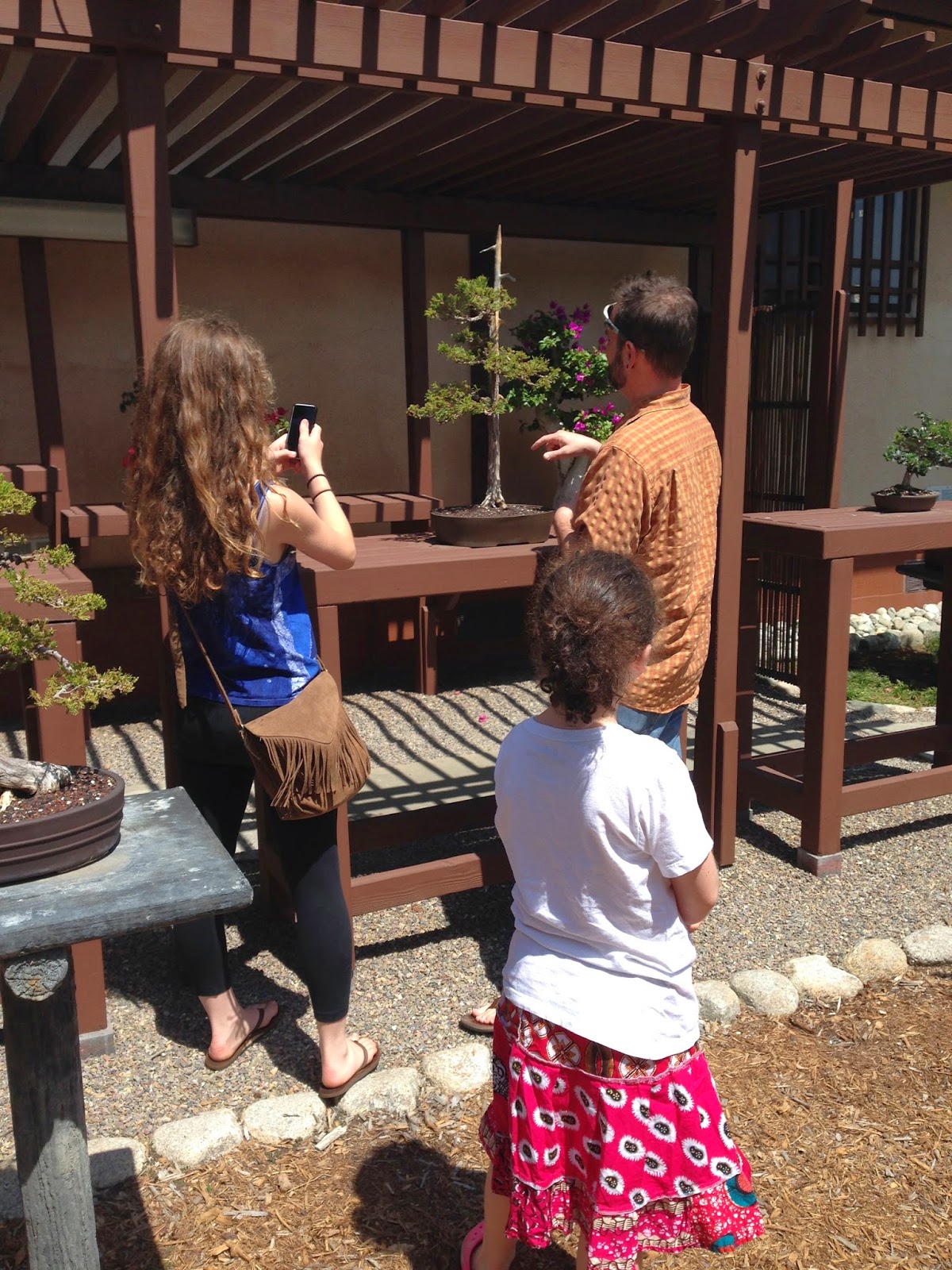 We went to Balboa Park and visited the Japanese gardens, because there are lots of paths to follow and we all like paths. Seymour has long-simmering, currently dormant bonsai dreams, and spent much time communing with the local examples and giving the girls extended explainers.

My mom was there too, not sure why she's not in these photos. We stayed at her house and brought her back her dog, who had stayed with us for a few weeks and endeared himself to our entire city and who slept on our bed every night despite being told no. (Puppy pout is a real thing.)

My mom is always very patient with us invading her home and causing iDevices and laptops to sprout from every available electrical outlet and wanting to eat Roberto's burritos and rolled tacos for every meal even though she is an excellent cook who rarely gets to cook meals because cooking for one is no fun. We owe her a home-grilled steak dinner. 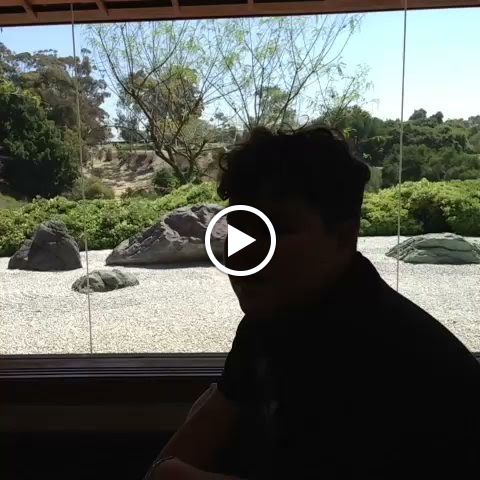 Leo loved the Japanese garden, by the way. Here he is communing with the Zen rock garden, with his clear pure voice. I love the songs he makes up. Though it appears Blogger does not embed video sound? Ack. Here's the Vine version. 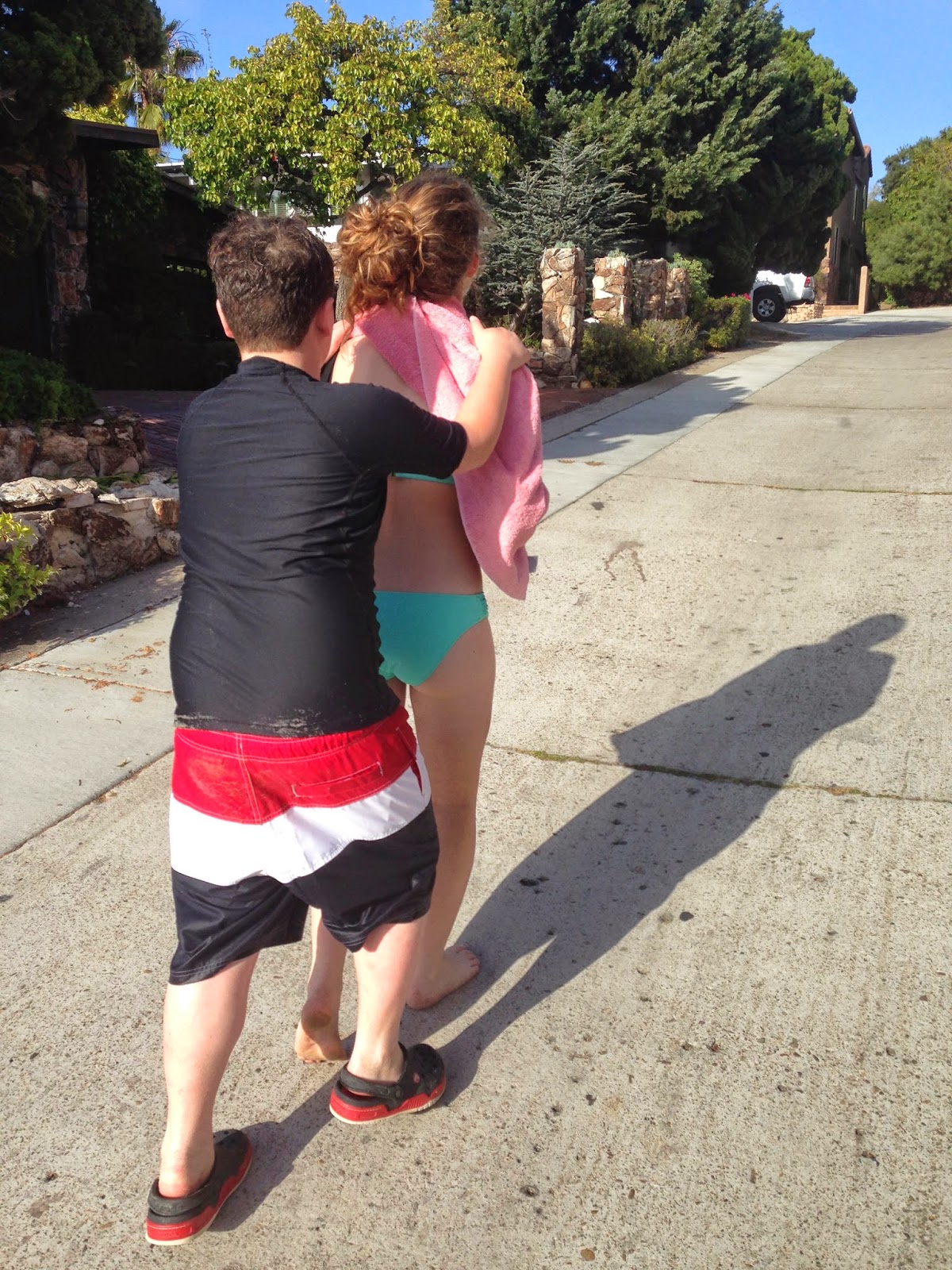 Leo has also discovered that it is fun to latch onto people's shoulders while you walk, because then you don't have to put so much effort into getting places and especially into walking up hills. Iz is a good sport about such things, much better than I am. I do not like people hanging off my shoulders though I will let Leo do it because he is of my flesh. No one else, though. These are both new bathing outfits btw. Yay malls. 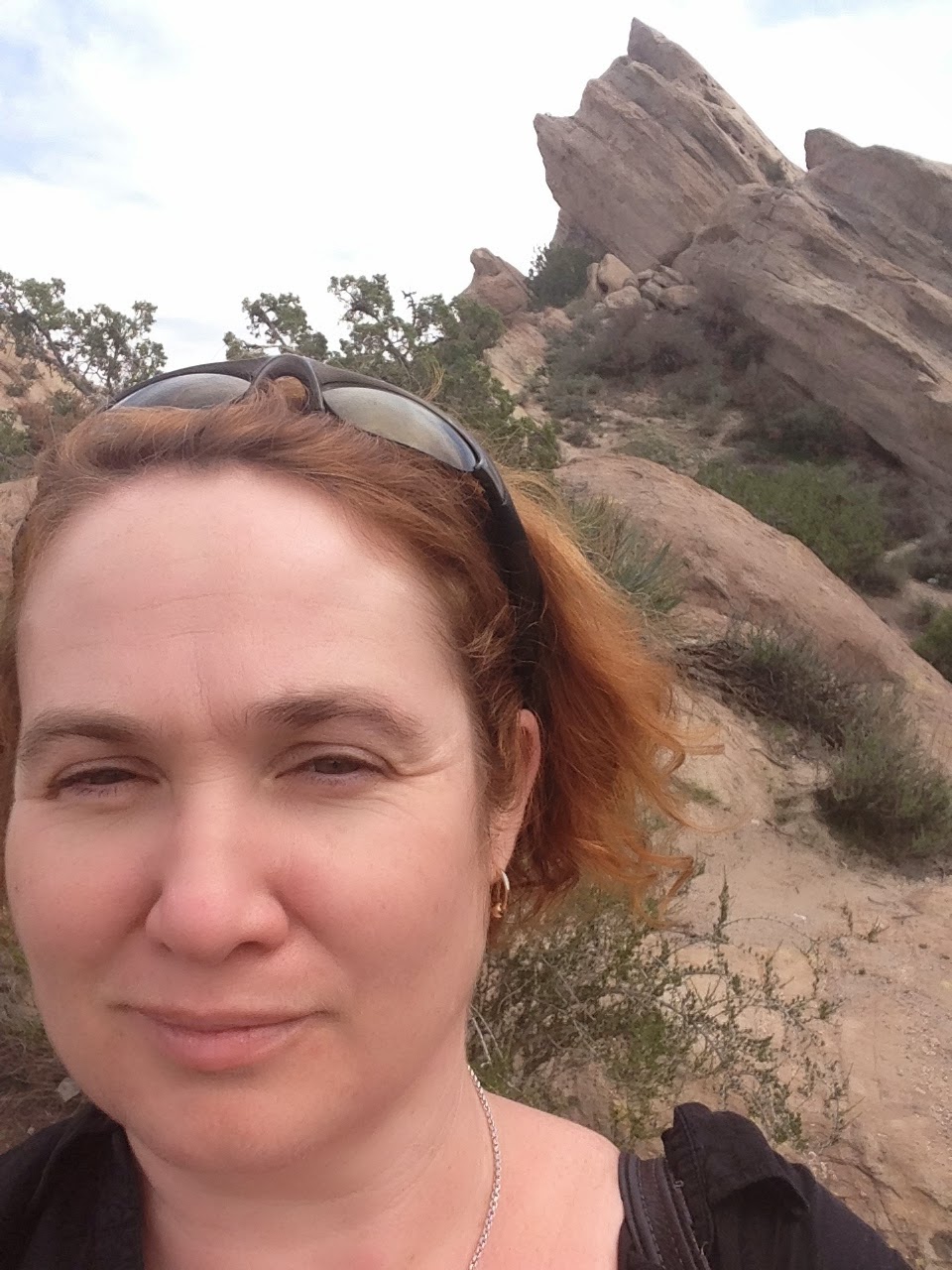 If I cannot prove my mom was there, I can prove I was, on the drive home at least. Do you know where I am, Geeks, do you? These are the Vasquez rocks. From Star Trek. They were awesome. I can die happy. Mali kept posing and saying "Mommy! I'm making Riker Face!" 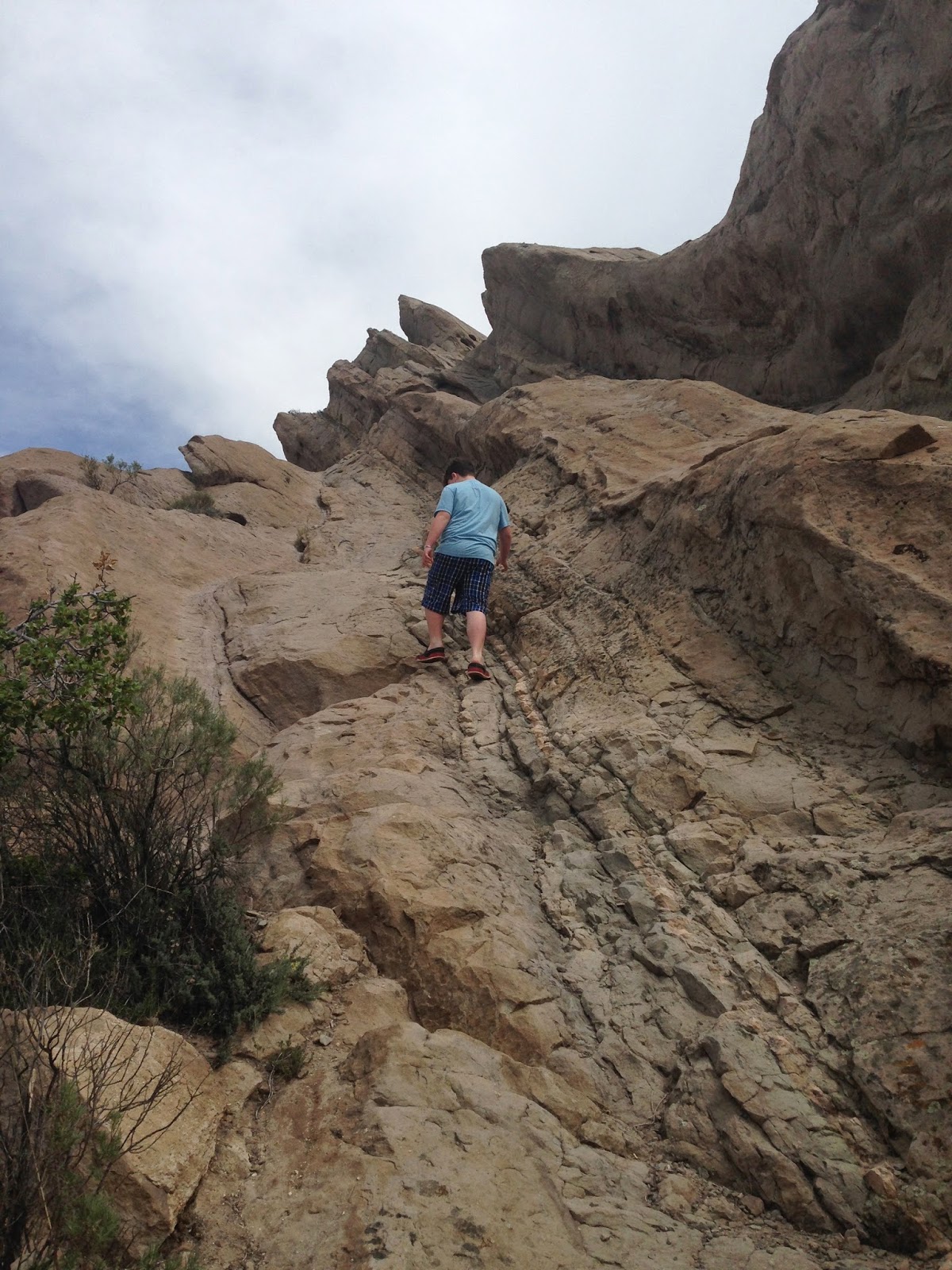 These are some really damn fine bouldering/climbing rocks. We'll come back, as we were all wearing Crocs or Birkenstocks, and therefore ill-equipped. Which was a shame. Leo wanted to Go! Go! Go! and it was not to be. Next time. Though not in the summer, as it's a famed heat stroke locale.
I hope you had a good spring break. I hope you had a good April. My April was good but it wrung me out of words. Good night.
at May 01, 2014