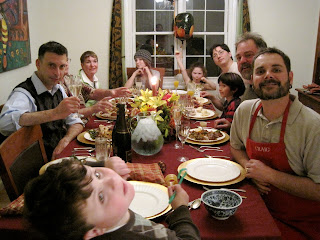 Thursday: Leo participated fully and joyously in an extended family-and-friends Thanksgiving. Two years ago this kind of festivity was unimaginable; Leo had such a hard time wearing his own skin that our family fell into two separate pieces for Thanksgiving and Christmas, as it wasn't fair for his sisters to be sequestered for family holidays. A happy Thanksgiving will never ever be taken for granted, not in our house, not with our social but easily overwhelmed boy. 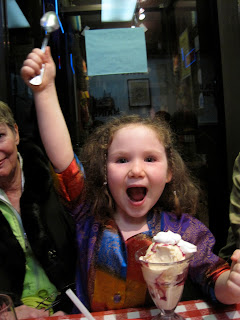 Friday: Mali's sixth birthday. This kid is a joy and intensity molotov cocktail; our lives would be so much duller without her. I still can't believe she's here, still give thanks every day. Count yourself lucky if she counts you as a friend -- but don't turn your back on her, either. 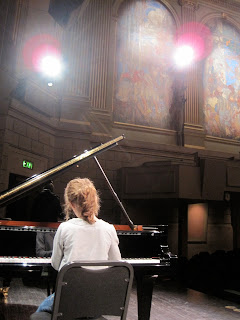 Saturday: Iz, Leelo, & I were treated to a sneak preview of pianist Stephen Prutsman's Bach & Forth concert at San Francisco's Herbst Theatre (tonight's official show was an autism fundraiser, and itself preparation for a performance at New York's Lincoln Center). Iz was acutely aware of the unexpected gifts that come with being Leelo's sister as she watched Mr. Prutsman's hands blur across the keys, lost herself to his music (Bach does that to people, Mr. Prutsman's lovely & gracious wife commented), and then got to hop on stage after his performance, to play Kabalevsky's Sonatina. The experience was all kinds of magic.

I hope you had much to be thankful for during this extended weekend, too.
at November 27, 2010