Leo got a stylus for his iPad. It's a Pogo. It's very cool.* We're using it with the writing/sketching app Penultimate ($1.99) to practice handwriting and drawing -- when we're not goofing around.

The core functionality of Penultimate is no different than line-based drawing apps like DrawFree, and you could certainly use a stylus to practice handwriting with those apps. But I think Penultimate is worth two smackers for its additional features: notebook-like organization and storage of "pages;" paper types (plain, lines, graph); and a clean, professional, well-designed interface.

I'm guessing the next, final iteration of Penultimate will be even better. Until then, it's a good way for us to provide anywhere/any time writing exercises for Leo, and for him to practice his writing grip in a motivating environment. 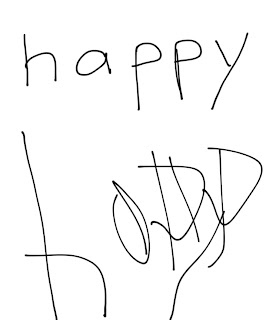 I find that using a stylus gives me more dexterity control. It's not quite equivalent to a good pen on paper -- there's often a tiny tactile lag. Not quite like a crappy pen on paper -- there's no drag/tactile input (or interference, depending on how you process it) -- and perhaps the issue is my adjustment to a stylus interface. But the lack-of-drag is good for Leo, as it makes stylus practice more fluid, and anything that makes fine motor tasks easier for our boy is welcome.

The stylus does seem to make a difference in Leo's letter formation, and overall precision. This first "happy" page shows me writing with the stylus, and then Leo copying my writing. Notice how well-formed his letters are -- he ran out of space and put his Y on top of the Ps, but the writing is very clean, for Leo. (Handwriting is HARD for him!) 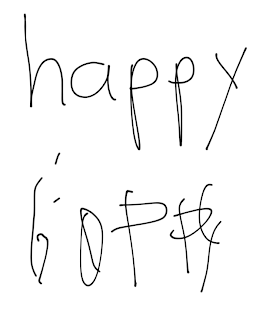 The second "happy" page shows me, then Leo writing "happy" again, but without a stylus. Not nearly as clean as the stylus version, in both cases. 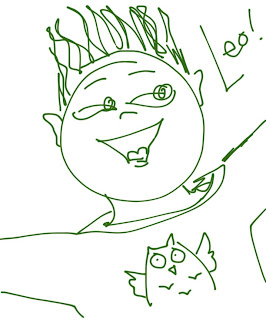 When I moved in a predominantly ink-and-paper environment, it was doodle time all the time. Now that I mostly type, drawing rarely happens, and I miss it. I haven't liked drawing on the iPad before, but with a stylus, it's really damn fun! 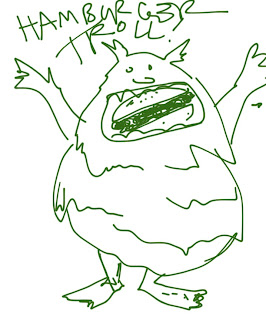 It's also therapeutic, as when I got booted from the Stanford blood donation center yesterday because my hemoglobin was too low. They ordered me to go get a hamburger, and come back in two weeks for a re-check. I was frustrated -- errands take time, there's a real need for my blood type, and I have no idea why my body was being uncooperative -- but instead of venting verbally to the usual patient victims, I processed my irritation via the iPad. And it helped.

*If, like me, you think the stylus looks like something you could make yourself, check out the mixed reviews on the DIY tutorials. Meh. I spent the $10.

Disclosure: None, for once. I chose and bought Penultimate after researching the handwriting app category.
at May 26, 2011