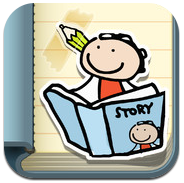 Why do you want the marvelous, wonderful social story making iPad app Kid in Story? Why am I practically hopping up and down with excitement? Well...

Almost exactly one year ago, in a fit of characteristic irritation, I wrote a post on Developing Smart, Simple Social Stories Apps for Kids With Autism. About how expensive and clunky and complicated the existing apps were. About how difficult it is to find a decent app for creating the custom photo, text, and voiceover-enabled social stories my son Leo loves so much, the stories he uses to help prepare himself for transitions or trips, or to relive favorite memories.

Turns out, the development team at Locomotive Labs (formerly of Project Injini) were listening. And they didn't just make Kid in Story a great, easy-to-use social story creation app, but they went above and beyond -- including a proprietary image detection feature that "green screens" and drops your child right into their stories, either by taking an iPad photo right then and there, or by using a picture from your  photo library. Here is Locomotive Labs' own Kid in Story app demo:

Kid in Story also features several story Templates that you can drop your kids into right away, from whimsical (Are Monsters Hiding in My Room? and Faces I Make) to practical (When Is It Time to Wash My Hands?) to adventurous (What Will I See in San Francisco and At the Playground)*. And new story templates like Let's Get a Haircut! are included in app updates. Plus you can share your stories easily from inside the app, using email or the free file sharing service DropBox. And best of all, you will be able to share the stories you create with whomever you like -- grandparents, friends, therapists, teachers -- with the free Kid in Story Reader app.

But don't just take my word for it. Tina Cobbs, a parent and educator, let me know that:


"This app is AMAZING! I am able to use it with my son who is on the autism spectrum as well as my kindergarten class. It is easy to use and you can create books within minutes. I brought this app to the attention of our school consultant and our district purchased it as well. I have used it as social stories and/or motivation to read."

What do Leo and my own kids think? THEY LOVE IT. So, so, so much. It is so easy to use! Witness: 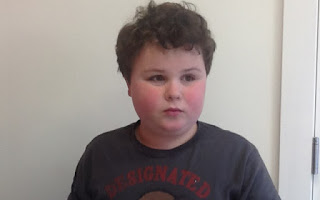 From within the Kid in Story app, I used the iPad camera to take a (cute) picture of Leo.

The Kid in Story Image Detection feature automatically figured out which parts of the picture were Leo and which weren't.


I dropped Leo right into the middle of San Francisco's Alamo Square! (From the "What Will I See in San Francisco?" template.)

Kid in Story also lets you create your own custom stories from scratch. I took Leo and his sisters to Disneyland last week, and wanted to help Leo get ready to revisit his happy place. So I made a new Kid in Story social story using pictures from our last trip: 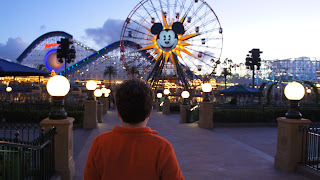 
...and used it to make the cover of Leo's brand-new Disneyland social story. He loved it! Familiar, yet new. So comforting.

Leo's sister Mali has been enjoying using Kid in Story to insert herself into favorite worlds such as Middle Earth, using  the power of Google Images to find and import backgrounds:


Here she is in the Mines of Moria with her boyfriend Legolas the Elf. 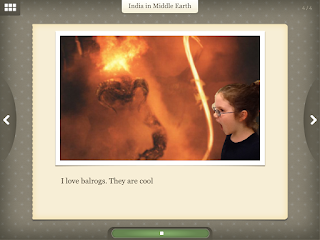 And here she is yelling at the Balrog from Lord of the Rings, which she has longed to do since she was five years old.

It is a delight to see smart, talented developers use their powers to make the kind of apps our kids can use easily, which make them cackle with delight (India is so proud of getting to face off with that Balrog), and which are easy to share with the people in your life -- so that your child can have their social story available in all their iPad-enabled environments.

Now, let's see what we can do about getting a really helpful, easy-to-use Visual Schedule app going. I have ideas about that, too...

*Disclosure: I was invited to write four of the story templates. Erm. I hope you like them.
at February 28, 2013 No comments: 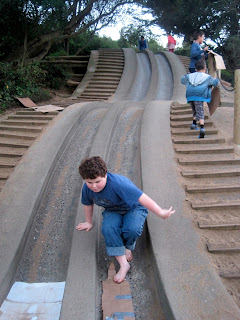 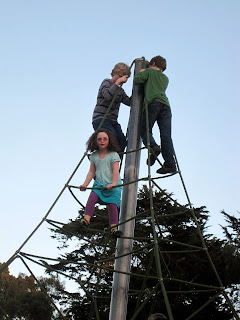 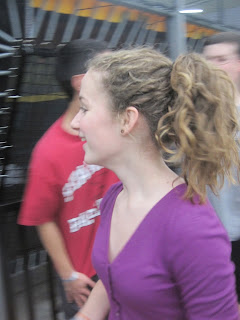